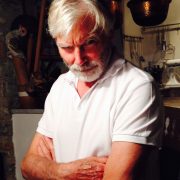 Shout out to @castello.di.tassarolo for making con

Is it “Outside” or Café Andre? 😂 @astabos

When your @astaboston fam patters off to Maine. Al